THE TIME AND THE TIDE

The idle swoosh and slap of water, the graunch of aluminium on weathered timber. How she loathed fishing, never had the patience to sit that long, would rather be moving, would rather be doing just about anything. She liked eating fish, but someone else could catch it. And as for 3am – Stuff this for a joke! she thought.

She played with the toggle on her life-jacket, glad of the wet-suit under her clothes and the toast that Tammy had insisted she eat to line her stomach. The forecast was promising warmth; but that would be in daylight hours and after this breeze had dropped.

Vicks didn’t share her reservations. He was harrying shadows up and down the jetty, waiting for an invitation to board. Having scolded a loitering seagull, and then tangled himself in someone’s legs thereby provoking muffled curses, he looked recalcitrant when called to heel. As she handed his lead over to Sue, he whined at the betrayal. Staying at home and cooking breakfast wasn’t his style. Little did he know how she envied him.

Eventually they cast off. She didn’t mind the cold or the motion but she didn’t want to talk. The others cast occasional sidelong glances her way, but other than that, they respected her silence. She said No to hot chocolate, but sat on deck under a blanket staring ahead into the dark. Tammy sat next to her, their arms linked. Ness squeezed past them at one point and patted her knee, making her smile faintly.

The breeze dropped off out in the channel and the passage was smooth. This would change again as they rounded the point and headed into the trades towards blue water. But the sky was starlit and calm. Lights flickered to either side of the narrow strait, thinning out as they pushed mouth-ward past the bushy coastlines. Beneath them, the snapper were running. It couldn’t be more perfect. She shivered a little and Tammy nuzzled her shoulder briefly by way of comfort.

She hoped he was happy. She hated bl**dy fishing, had always hated it. He rarely persuaded her to accompany him out, it had always been his thing, not hers. But now here she was on the deck of the boat, the stink of fish-guts in her nostrils, braving the mounting churn, her face stinging with cold. Before dawn on a Sunday, if you please. She thought she must look like hell and she felt worse. The mere thought of it must amuse him no end.

Just inside the mouth, Gary passed the wheel to DJ. They couldn’t cut the engine in this dangerous place, so close to the bar. Beyond, the Tasman, like an ancient God, boomed its usual challenge: Come out and fight like men! Its monstrous drag boiled, hissing, across the wrestling shoals, re-shaping them at will. The momentum reached all the way back into the channel. It’s why this harbour was always so treacherous to negotiate.

Shall we get cracking then, love? murmured Tammy, and she nodded without speaking.

The tide jostled the vessel and DJ jockeyed the waves, seeking a break amidst the thrash. The screws protested as the boat bucked, then the break came and suddenly everyone fell silent. Gary took his place by her side.

Everyone moved in close, except DJ, who stayed in the wheelhouse, ready to wrangle the craft against the warring currents. She gripped the rail, legs braced. She might not like fishing, but she’d been in boats all her life and her body read the roll of the deck instinctively.

The karakia rang out over the water in Gary’s commanding bass and even the bolshy Tasman seemed to take note and recede. She could understand the words in some part of her heart even though she couldn’t speak te reo. When Gary reverted to the English translation, it was like the prayer had already been said, the right guardians already consulted. For the first time in ages, she felt at peace.

And then Ness’ warm sweet voice rose up, as she and Gary joined in singing the beautiful Maori hymn she had asked for specifically. She had learned the words; but the lump in her throat kept them trapped in her gut. It didn’t matter. Both her pain and her love flooded to the surface anyway as the tears streamed down her cold cheeks. She hung on to Tammy’s arm and felt her step-mother squeeze her back hard.

The florist had done a lovely job with the wreath. Purple larkspur. White calla lilies. Yellow roses, like the ones in her wedding bouquet. Black flax from the garden. Purpley- black ribbons twisted together, a big card, and a yellow bow she’d tied on herself. Come back, Come back, begged that yellow ribbon. But she knew after so long the sea would never return his body to her.

Stepping forward, she kissed the garland long and hard. Then Gary helped her fling it over the side onto the water before hooking an arm around her waist. Tammy was on her other side. As they watched together, the waves calmed briefly and she imagined him reaching out to catch the bobbing floral hoop like a life-buoy. It was now 4:30am – two years to the minute and at the exact place where she lost him.

“Goodbye, my love,” she whispered. And incredibly some invisible weight seemed to shift inside her.

Gary had packed proper crystal. Even against the chug of the engine, her ears, well-attuned, could make out the soft thup! of the cork as it left the bottle of Scotch. Those who could raised a glass. Then DJ turned the boat around and they were heading for home where a hot breakfast and another drink were waiting. As the launch retreated, she glanced back towards the mouth, one long look, before turning away. Hesitant daylight was insinuating itself over the bush-clad hills to either side of the channel.  As the glow from the city grew closer, she suddenly found she was ravenously hungry and looking forward to giving Vicks a cuddle. The thought made her smile.

Meanwhile, out at the mouth, the wreath continued to bob on the water while gulls patrolled along the cliffs, watching for the silver schools below. Pinks and golds and baby-blues were tie-dying the horizon in the east. The dark was fleeing, routed at last by the promise of a warm cloudless day. 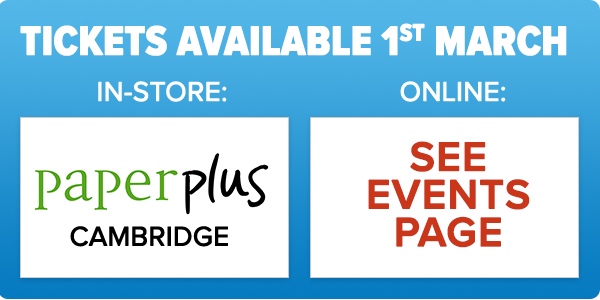